Grimscribe Press’ The Immeasurable Corpse of Nature is a collection that appears to have generated a lot of excitement at the time of its release, only to get swallowed by the COVID panic that occupied so much momentum in 2020. And it’s a damn shame, since Christopher Slatsky’s latest work is easily the best fiction collection of the year. This thing is packed with stories that reveal a truly distinct creative talent. You can tell you’re reading a Slatsky story by his vivid characterizations, his venturesome spirit, and the undeniable intellect supporting each narrative. This is the thinking man’s weird fiction at its best, and it would be a shame to miss out on this award-worthy publication.

Stephen Graham Jones’ The Only Good Indians seems to have earned universal acclaim in 2020, and rightfully so. This deeply touching and unsettlingly grim novel manages to do what makes SGJ’s best work so damn incredible: it blends a fine attention to language with deeply human concerns that aim through the heart of the horror genre and exit into the realm of just great literature. And while it’s practically a cliché to say this about SGJ, that doesn’t make it any less true. This is one of those novels people will still be talking about decades down the road. Without a doubt, it’s the novel of the year.

2020 shaped up to be Jeremy Robert Johnson’s big year, thanks to The Loop. Surpassing even the impressive reception of 2015’s Skullcrack City, The Loop has found its way to the top of many year end reading lists. As a long-time fan of JRJ, his success is nice to witness. It’s equally thrilling that he didn’t “break out” with a dulled-down version of his “classic” work. The Loop is bleak, blood-drenched, and prone to fuck your mind, JRJ style. While not exactly “deep,” it’s a load of fun, and the ending will absolutely crush you. It’s the second best apocalyptic novel of the year, and a great entryway into the increasingly difficult-to-obtain oeuvre of this hero of contemporary weirdness.

Every once in a while, I come across a collection that stops me in my tracks. This year, it was Emma J. Gibbon’s Dark Blood Comes from the Feet. What makes Gibbon’s collection worthy of this list is the fact that it is so brazenly unafraid to be itself. It doesn’t try too hard to be horrifying, nor does it strain to be pointlessly weird. Its language isn’t stripped down to the point of boredom in a misguided attempt to appear “mainstream.” It’s simply a charmingly off-kilter collection of relatively simple stories spun somewhere in the permeable borderlands between weird fiction and the mythic realm of fairy tales. It’s an elegant, provoking, and refreshing collection from a true voice worth watching in contemporary fiction. 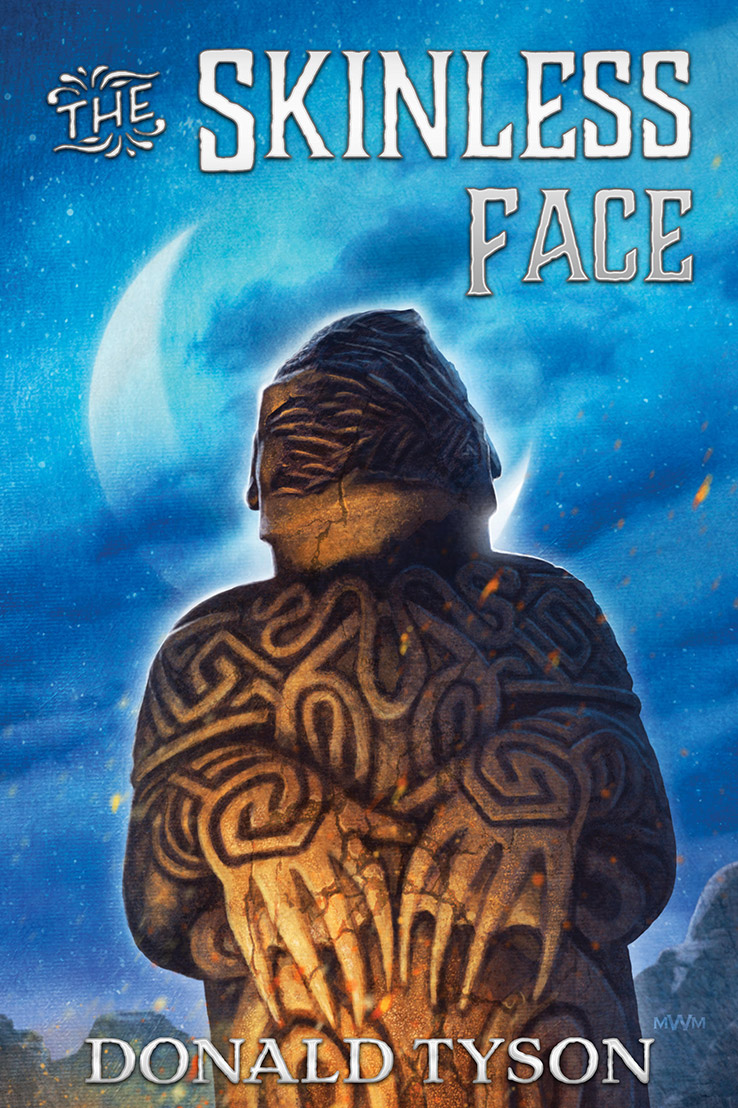 I’m actually not certain when exactly Donald Tyson’s Skinless Face released (its drop seems to have made no virtual splash, and I know I’ve had my reviewer’s copy for a year or longer), but the inside cover of my copy says 2020 so we’re rolling with that. This magnificent release contains two unpublished novellas and fourteen total tales from Tyson, a respected occult author and veteran of Lovecraftian fiction. While there’s nothing here that revolutionizes the oversaturated world of Lovecraftian fiction, it’s a very enjoyable collection, and I’ve found myself drawn to it again and again throughout the year. It’s definitely an overlooked winner for readers with a taste for well crafted weird fiction reminiscent of the classics.

The Worm and His Kings is an admirable achievement by Hailey Piper, who made it onto this year’s list of “10 Weird Writers to Save Us.” This novella is fresh, exciting, and outfitted with a thoughtful cosmic horror universe that incorporates a Jeff Long-esque “hadal” species that I just can’t stop appreciating. The narrative is headed by a heartbreaking protagonist, and Piper’s flairs for characterization and representation make a thoroughly convincing case for keeping tabs on her future projects. You definitely don’t want to miss this one.

I’m glad I “discovered” Apocalypse Party press in 2020. If I hadn’t, I would’ve missed two excellent books this year, Gary Shipley’s Terminal Park being one of them. This one’s the best “apocalyptic” novel this year, brilliantly infusing the trope with Julia Kristeva’s theory of abjection to dazzling results. Shipley, as usual, pulls no punches here, and his theater of abjection is certainly intended to be a difficult read. If, however, you’ve enjoyed Shipley in the past, this book is certainly for you. This ultra-violent End of Times is told from a fascinating perspective, and matches every inch of brutality with intelligence, wit, and a certain grace you wouldn’t think possible in a novel like this.

Shout Kill Revel Repeat firmly establishes Scott R. Jones as the bleeding edge of contemporary “Lovecraftian” fiction. This collection’s a sprawling accomplishment, full of mind-melding, blood drenched cyberscapes, hallucinogenic occultism, and horrifying beasts from weird fiction lore as you’ve never encountered them before. No other read this year quite managed to blend wild, imaginative fun with the sense of encountering truly next-level writing that may well end up defining the near future of weird fiction. I just can’t recommend this book enough.

B.R. Yeager’s Negative Space was my introduction to Apocalypse Party, and it took me utterly by surprise. This is a coming of age novel unlike any you’ve encountered before. Convincingly embedding themes of cyber culture, occultism, substance abuse, and cosmic horror into a high school setting may seem like an impossible task, but Yeager pulls it off with enviable dexterity. Told from four different (and equally-convincing) perspectives, it’s the kind of book that manages to kick you in the gut while you’re looking over your shoulder–it deeply unsettles you while it’s recalling your own youth with uncanny accuracy (at least in my case). It’s a truly profound work, and I can’t wait to check out the rest of Yeager’s back catalogue.

Many noteworthy anthologies dropped this year, but C.M. Muller’s Oculus Sinister is truly a beauty to behold. This collection of “ocular horror” sports some of the most exciting names in contemporary fiction, including Brian Evenson, Steve Rasnic Tem, LC von Hessen, Sam Richard, and many more. It’s a magnificent collection compiled under a truly frightening theme. If you dip into a single horror anthology this year, make it this one.