Video games might be a surprising reference point when we’re discussing art, especially since many people struggle to perceive video games as anything other than a silly game for kids, much less a sport in which people can be paid handsomely to compete against opponents around the world. One of the craziest and most original video gamed directors out there, Goichi Suda, often referred to as Suda51, created a brand of games that are often offensive and exploitative, though there is no discounting the originality in the art design and gameplay mechanics that are hallmarks of his often controversial games. Severed heads and penis jokes are two of the most recognizable features of Suda51 games, in addition to scantily-clad anime women who wield great power. Here are the games that I’ve enjoyed most from Grasshopper Manufacture.

This particular game’s narrative is one long joke about penises, though the art design and gameplay are almost enough to ignore this shortcoming. The main character, Garcia Hotspur, uses a talking gun called Johnson; he wields the weapon in multiple forms, including as a torch and a shotgun. Garcia is on a quest to rescue the woman he loves from demons, so the game doesn’t stray from colorful settings and an interesting “darkness” mechanic that introduces puzzles for the player to solve in order to progress. Garcia is able to restore his health in the game by drinking alcohol! As with the majority of Suda51 games, some of the quips are actually clever and add flavor to the game world and characters. Boss fights and specific gameplay elements don’t become repetitive, which allows for the game to remain fresh as you progress. The game has a horror vibe to it, though it’s more in line with Army of Darkness in its approach to humor. Shadows of the Damned isn’t mean to be scary, but it sure is a fun ride. Shinji Mikami helped produce this gem of a game; Mikami directed The Evil Within and a game that is often considered a classic by many in the gaming community: Resident Evil 4. 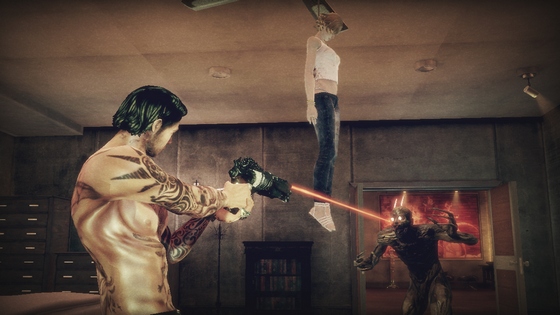 An old-school beat-em up game featuring a cheerleader outfit who wields a chainsaw and carries her boyfriend’s severed head, Lollipop Chainsaw could have been anyone’s guilty pleasure. Juliet, the protagonist, is still a popular template for cosplayers. Who doesn’t want to kill hordes of zombies with a chainsaw? On the surface, the game has a very simple design, with several challenges and unlockable power-ups and costumes for Juliet (of course you want to dress her up, and even change her hair color!). This game revels in what it is, and the boss battles can often prove a challenge for hardened gamers. It’s simple, visceral fun. 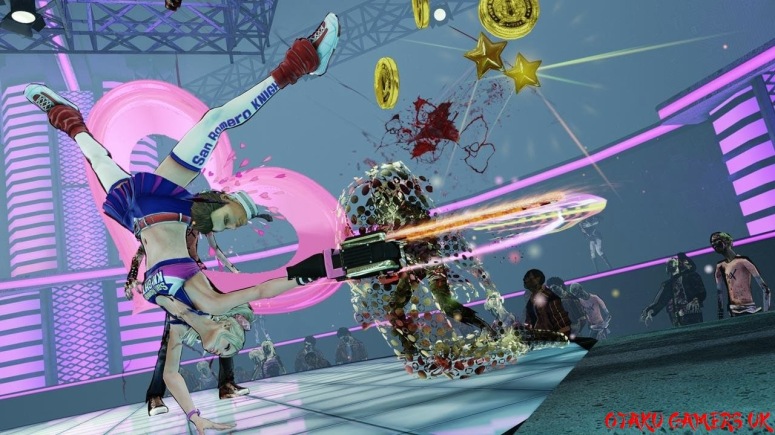 This game’s unique art style is worthy of a Google Images search. The dialogue is often poetic and dreamlike, a quality that I loved in Suda51’s most infamous game, Killer 7. It’s best to just copy the basic plot from Wikipedia: “Killer Is Dead is set on a near future version of Earth, where space tourism and cybernetic enhancements have become a reality. A key element of the story is Dark Matter, a malign energy stemming from the dark side of the Moon that negatively affects weak-willed humans and generates mindless monsters called Wires. It is the job of a government-funded group dubbed the Bryan Execution Firm to kill those infected with Dark Matter using people known as ‘Executioners’, although doing so will inevitably lead the chosen Executioner to be overwhelmed by Dark Matter.” The plot is as nonsensical as it gets for a video game, and the narrative threads are very loose, but it really doesn’t matter. The slice-and-dice gameplay is a ton of fun, and of course, there are the Gigolo Missions, where Mondo goes on a date with a cell-shaded vixen and is granted awards and points for buying gifts and flirting, a game mechanic present in many Japanese-Anime-style games. I’m not sure anything in this game makes sense, as it’s a combination of several different elements from Suda51 games. Regardless; the game is surreal and fun. 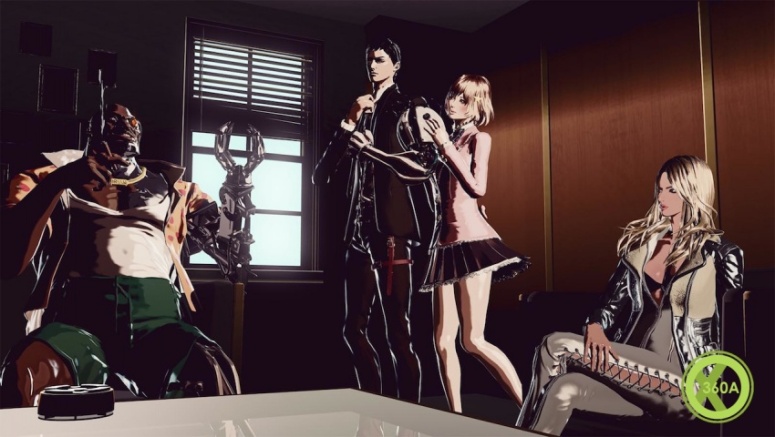 This game, in many circles, is considered a cult classic—or it’s been dubbed unplayable garbage. The gameplay is often on the rails, and you choose to take on the role of one of seven distinct personalities that supposedly dwell inside the mind of wheelchair-bound Harman Smith. During a given mission, you will assume the role of several (if not all) of the seven different assassin personalities. If the plot of Killer is Dead seemed far out, Killer 7 will never make sense. Organ trafficking, children trained to become assassins, conflict between Japan and America that becomes a sort of metaphor; there is a very deep story, and the game unfolds as a surreal poem. The visuals are interesting and the dialogue is incredibly unique; severed heads and serial killer philosophies abound. The fact that the game is very linear—you always know where you’re supposed to go—only serves to allow the player to experience the wild setting and story. The game was recently remastered for Windows in 2018, and it’s worth checking out if you want a truly unique gaming experience. And yes, it happens to be a favorite of mine. 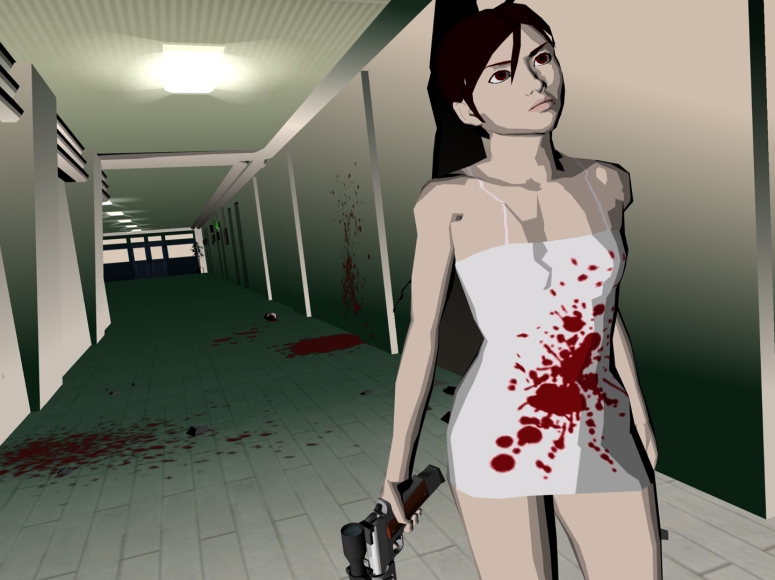 No More Heroes, a game that most gamers have heard about, is a series from Suda51 that I personally haven’t played through; I tried the first one and didn’t finish it, but I recall several different game mechanics mashed into one game. While I haven’t played every single Suda51 game, the four I’ve discussed here—especially Killer is Dead and Killer 7—are games that I’ve personally enjoyed and finished. I often find articles on different websites regarding video games from people who haven’t played a lot of games or even finished the one they’re writing about; rest-assured, video games are a big part of my life. I see lists and articles from people who just love their click-bait, and I couldn’t help myself when offered an opportunity to write about Suda51 from a position of love. I hope you found at least one of these games interesting enough to try!