This week, we’ve found some truly excellent Kindle deals on several novels frequently credited as “the darkest of all time” in lists across the Internet. While these are considered “literary” novels rather than “horror” or “weird fiction,” we can assure you the distinction is useless in this context–prepare yourself for some of the bleakest, most harrowing moments we’ve ever read. Fans of dark genre fiction will certainly find something to admire in these timeless classics. And don’t be fooled by the word “classics”–these books are not for the easily unsettled reader.

Jerzy Kosinski’s The Painted Bird is just about as dark as it gets. This infamous novel transforms an Eastern European, post-WWII countryside into a sheer nightmare, complete with unspeakable violence, loneliness, and a scene where someone is eaten alive by rats. For $1.99, you really can’t miss this one.

Few depictions of alcoholism and existential suffering are more brutal than Malcolm Lowry’s highly celebrated Under the Volcano.  $1.99 is an absolute steal for this gargantuan beast, and it’s certainly not going to last. Beware: this novel will suffocate you in misery–try not to go into it if you’re not in a place to handle sincerely depressing subject matter.

Readers may not typically associate Graham Greene with brutally dark fiction, but it’s only because none of his books carry the same tone or thematic concerns. The Power and the Glory, a story of a dishonored priest fleeing for his life during the Catholic purge in Mexico at the beginning of the 20th century, is just about as darkly beautiful as fiction can get. A mere $1.99 is a small price to pay for the timeless experience of this novel. Fans of more politically-inclined weird fiction writers, such as T. E. Grau, Nadia Bulkin, and S. L. Edwards, will find much to appreciate here.

Hubert Selby Jr., the author of Last Exit to Brooklyn, The Room, and Requiem for a Dream, is an uncontested master of the dark, depressing, and utterly bleak literary novel. While The Willow Tree doesn’t quite reach the heights of the above-mentioned works, for $2.99, it’s well worth a spin.

Fernando Pessoa’s Book of Disquiet is far more introspective and philosophical than the novels included in this list so far. Nevertheless, it may be the most profoundly depressing and lonely book here as well. This one, if you ask me, is an absolute must-have. For an astounding $2.99, this beautiful new translation and complete edition is a worthy purchase for any thinking reader ready to delve into a profound and dreamy celebration of failure.

Aldous Huxley’s The Devils of Loundun is different kind of beast–it’s a true account of a witch craze in a convent that brings to mind the earlier roots of gothic fiction. It’s not exactly literary, but it’s dark, horrifying, and it inspired Ken Russell’s infamous film of the same name. It’s also a mere $1.99. Snag it while you can!

*All Kindle deals have nothing whatsoever to do with Silent Motorist Media. We are merely pointing them out to you, and we encourage you to verify the price before purchasing. None of these prices are guaranteed to last! 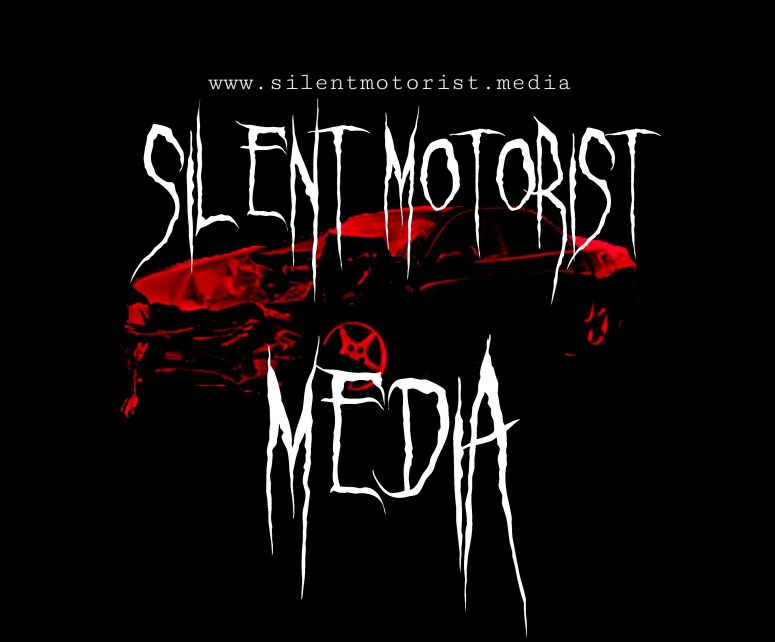 We’ve been announcing it sporadically on social media, and it’s about time we brought it up here. Silent Motorist Media is officially set to publish a debut anthology at the end of February, 2019. If you’ve happened to notice our open call for submissions for a second anthology, Orgy of the Dumb, you might be tempted to conclude that publishing is soon to be a regular feature on SMM–your assumption would be correct. We can’t imagine a better way to usher in this new phase of SMM’s existence that a mannequin-themed anthology featuring some of our favorite authors of dark fiction.

Yes, mannequins. You have Bruno Shulz and Thomas Ligotti (who we strongly encourage you to read, if you haven’t) to thank for that theme, as well as the rise of Grimscribe Press‘ wonderful journal, Vastarien. The title official title is Mannequin: Tales of Wood Made Flesh, and the stories center around mannequins, dolls, and other uncannily humanoid entities. What we have so far is unsettling, thoughtful, and deliciously macabre–if you enjoy Vastarien, the work of Jon Padgett, or either of the authors mentioned above, you’re bound to fall in love with Mannequin.

Here’s a partial TOC, to give you a taste:

More authors are on the way! We’ll announce the complete TOC in early January. In the meantime, get ready! The great feast of the uncanny is on the horizon.

Other books by Silent Motorist Media:

Taenia solium is one of many reasons the poor cannot be happy. It’s a parasite, commonly known as the tape worm. What is more horrible than a parasite? Neurocysticercosis occurs when a tapeworm infection causes cysts in the brain, which often results in neurological damage. Due to the sordid living conditions in which this disease thrives, it falls under the classification of a “neglected tropical disease,” along with ascariasis (roundworms), Buruli ulcer (a bacterial infection resulting in swelling that can affect bone), Chagas disease (a tropical parasite), Dracunculiasis (Guinea worm, contracted by drinking water fleas), African typanosomiasis (African sleeping sickness), leprosy (Mycobaterium leprae bacterial infection, developing into granulomas throughout the exterior and interior of the body)…

I apologize! I’m boring you, of course. You did not come here to be regaled with lists detailing the sufferings of the poor. You, after all, have your antibiotics, your day clinics, your abundance of food, your money, your entertainments, your excesses of every stripe. Allow me to apologize again, oh happy one! It is in bad taste, you say, to dwell on such things. You are right. Let me encourage your scorn. Return to the preceding paragraph and laugh! Hold up your possessions, dangle your smartphone on its charger cable before the faces of those unfortunates. Raise your voice! Shout them down from their glorified crosses of agony! Say to them: “I have access to every solution of your countless problems. I live in a heaven on earth and do not care!” Show them the spare bottles of unfinished antibiotics sitting in your medicine cabinet, and, before their dismayed faces, empty the bottles into the toilet.

If you are happy, you must be without children. I speak the truth; remember your scorn when the unhappy clamor in protest, “children are happiness; children are innocence,” the time-worn, miserable cry. The only innocence is their own; they are fools blinded by the cold downpour shrouding their lives. Children. Innocence. Words like these are worthy only of derision.

Happy human, don’t allow your gaze to become hypnotized by their sweet faces. Their bulging cheeks are mere wads of gelatin storing nourishment for the growth of their parasitic bodies. Their doe-like eyes are disproportionate half-stages, testimonies to incomplete transformations and nothing else. Peel away these soft textures with the edge of a blade, and beneath you’ll find an interior indistinguishable from Hitler’s.

They scream and cling in a paroxysm of need to the skirts of the miserable. And the miserable, children themselves, mistake this for love! The “love” of children is a feline love: a celebration of brutal self-preservation without a glimpse at the cost. And the cost, to be sure, is everything.

Yes, everything, including happiness. Happy one, beware the cruelty of children! They will seize you with clawed fingers and strip you of your health, possessions, and contentment without so much as an apology. When they have done this, they will leave you naked and bleeding in the sand, whistling a cheery tune as they disappear over the ledge and into their own misery. As you lie mourning their heartless departure, they will exaggerate your failures and advertise your shortcomings to their friends and new families; they will laugh at your humiliations and thrive on the consolation that their own misery is your fault, oh unhappy one—it will always be your fault. In a terrible finale, they will swarm your deathbed and clamor for your possessions like bidders at an auction. Thus you will end: a mere feast for beasts.

The class shuffled in. Despite the lack of years, the third period children were lumpy, bloated, and stuffed into ill-fitting clothes. They were a dim bunch. They had little interest in learning, with even less aptitude. He had made multiple requests not to teach this particular class, but to no avail.

Since his biology lessons were beyond their grasp, he gave in and allowed them to talk during class. Most days, he passed the time until fourth period listening. Unfortunately, they hardly said anything interesting, mostly inane banter about the funny man they passed on the way to school.

The children didn’t know his name or where he lived. But they probably didn’t care; they were only interested in him because he made them laugh.

Maybe there was no man. Third period were an unreliable bunch, their stories rehashed rubbish of rainbows, black rivers, and glass abattoirs.

The mention of the last was disturbing. The dullards were far too dim for such a word.

Feigning an ulcer flare-up, he excused himself for the rest of the day.

Unfortunately, it was raining. A downpour seemed to follow him home. Through the laboring of his windshield wipers, he came upon a funny-looking man wearing a rainbow patterned butcher’s apron. The odd man stood knee-deep in muddy water, the downpour’s runoff filling the roadside ditch where he stood. Reflecting the dark clouds above, the rushing water appeared black.

The man was crying, the kind of disconsolate sobs reserved for the loss of a loved one. Bloated and lumpy sausages slipped from his arms. There were too many for him to handle. The sickly grey casings stuffed with ends, gristle, and otherwise useless trimmings escaped downstream.

The wipers slashed across the windshield. The rain was coming down especially hard. It beaded up on the glass too fast, briefly obscuring everything from view. But with each pass of the wipers, the world was made new again. However, it was all different, everything a replacement—a near perfect reproduction of what had been just before.
It was all a trick, a ruse, a flipbook illusion. The fleeing sausages were the only real things in this absurd contrivance.

Sausage days—those bloated and lumpy gross foodstuffs. But behind the safety of the windshield glass, he couldn’t help it…

S.E. Casey grew up near a lighthouse. He always dreamed of smashing the lighthouse and building something grotesque with the rubble. This is the writing method for his broken down and rebuilt stories published in many horror magazines and anthologies that can be found on his website. You can also follow him on Twitter.