As you may know, our Kickstarter for a limited, signed, and numbered edition of Philip Fracassi’s Altar is underway. It’s worth taking a moment to share why this project is so important to me.

Philip Fracassi’s Altar is a near perfect story. When I first read it back in 2016, I was just emerging from my overlong BA in English into the world of genre fiction. I had subsisted on a diet of Shakespeare, Milton, and Cervantes for years. I wasn’t bored, but I was eager to explore. It wasn’t long before I came across Dunham Manor’s release of Altar.

Altar broke into my world like a rip in the fabric of time. It gave me a taste of the fiction I’d begin seeking with ever increasing determination. It wouldn’t be an exaggeration to say that it directed the course of my writing and publishing endeavors. I was so enamored that I wrote an essay on the thing in which I poorly articulate a point I’m going to boil down over the ensuing paragraphs.

Altar begins by placing us neatly into the perspective of a preteen boy. The world here is vividly colored with an adolescent’s excitement, confusion, and more than a little fear. Fracassi somehow manages to simplify the language of the narrative while retaining a sense of awe. Not ignorance, mind you, but awe; a staring-in-wonder at the magnificent machine of life, glimpsed behind the pastel parade of a simple day at the pool. And this awe, as fans of Altar know, foreshadows a greater awe beating at the core of all great cosmic horror.

I reread Altar along with the accompanying new story of this limited edition last week. Surprisingly, the emotions were still there, waiting for me to tread the old path once again: delight at Fracassi’s attention to detail, sadness that pervades the awakening of childhood to the realities of our dark and violent world, trembling outrage at the vicious brutality inflicted on the defenseless and the impotence of being trapped on the wrong side of the page, unable to do anything. And then horror. Oh, what horror.

And the new addition to this volume, an Altar story that secures a few loose ends of the many mysteries left at the end of the novella, seamlessly widens Fracassi’s universe—it feels as if he finished Altar and went without pause into the next tale instead of revisiting it years later.

Altar comes thrillingly close to crystalizing the essence of cosmic horror, transcending the limiting duality of genre and literary fiction with such fluidity that we forget that there are those who would separate the two at all. Combining wonder with fear, mingling childhood’s joys with the blood of adulthood, Altar is a microcosm inhabiting a macrocosm, a masterful portrait of the elements stirring within those of us who seek refuge in the books of great horror writers. This isn’t just another horror story. This is a masterpiece.

That’s why I’m so passionate about this publication. Aside from the brilliant art by Francois Vaillancourt, the introduction by John Langan, and all the other wonderful things compiled in this volume, the bare bones of this project, the words of Altar itself, are more than worth revisiting again and again.

While I do realize that $100 lies outside of many budgets during this tumultuous time, let me remind readers that a limited paperback is also offered in this campaign. Like the hardback, it will be singed, and feature in full color everything that the limited hardback will. We’re halfway to our budget, but there’s a ways to go! Please pledge to or share this project using the link below. 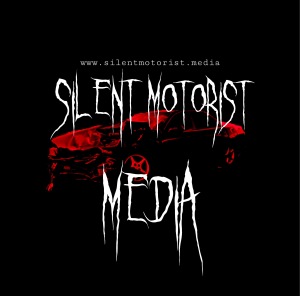 The following is taken from the ALTAR Kickstarter story. This 7-day campaign is now live!

BACK THIS PROJECT ON KICKSTARTER

“Altar is redolent of hard-edged supernatural horror from the golden days of McCammon and King. Nobody is safe in a Fracassi story.” – Laird Barron

Few books have captured the admiration of readers and writers of cosmic horror like Philip Fracassi’s Altar. It was a joy to read the Dunham’s Manor release back in 2016, and its inclusion in Behold the Void  is most welcome. There’s no doubt, however, that Fracassi’s Altar is due for a special treatment. It’s one hell of an honor to announce that we’ve been graced with this limited edition as Silent Motorist Media’s debut single author publication. We couldn’t ask for a more exciting project.

This limited, signed, and numbered 7″ X 10″ hardback will feature the title novella plus an exclusive, original story by Fracassi of approximately 8,500 words relating to a character in Altar. It will also have an introduction by John Langan, and cover* and interior illustrations by François Vaillancourt (two of which you’ll find below). As you can see, we are serious about making this release a true celebration of Fracassi’s stunning tale. The special edition hardback will be limited to 50 copies only, and they’re expected to run out quickly. We’re committed to preserving the integrity of this limited run. No stretch goals will unlock further printing of the hardback edition. However, we’re also printing 100 numbered and signed, color, 7 x 10, limited paperback editions, which can be expanded to 200 in our initial stretch goal.

*The header image to this description is not part of Vaillancourt’s cover art. It is a promotional image designed specifically for this campaign.

“Altar cooks the skin with the same baked heat of the concrete surrounding this striking story’s swimming pool. Philip Fracassi sets a nostalgic, suburban tone, but already there are fractures in the façade. You sense something’s not quite right because the tension is already tightening. With an eye for place and detail rivaling that of a great noir film, Fracassi knows when to hold back and when to twist the knife. Fortunately for us, there’s more of the latter. Altar is riveting stuff.” – Michael Wehunt

For those of you who are unaware, Philip Fracassi is the author of the award-winning story collection, Behold the Void, which won “Best Collection of the Year” from both This Is Horror and Strange Aeons Magazine. His short stories have been published in numerous magazines and anthologies, including Best Horror of the Year, Nightmare Magazine, Black Static, Dark Discoveries, Cemetery Dance and others (including our recent anthology, The Nightside Codex).

(click here to read our 2018 interview with the man himself!)

As a screenwriter, his feature films have been distributed by Disney Entertainment and Lifetime Television, with several projects in various stages of development. He lives in Los Angeles, California, and is represented by Elizabeth Copps at the Maria Carvainis Agency.

“Fracassi mixes scenes of intense physical drama with deftly-drawn moments from a life lived in the shadow of a heartbreaking absence.  Along the way, he never lets the suspense slacken, even as his narrative rockets to its harrowing conclusion.” -John Langan

Now let’s get to the nuts and bolts of our little project. This hardcover run is and will remain a very limited run. If this campaign reaches its initial funding, we’re looking at 50 signed hard copies and 100 limited paperbacks. Our immediate stretch goal will expand paperbacks to 200. Please note that we are fully committed to maintaining the collectability of this edition.

Our goal is simple: we want to print a collectible edition that does justice to Altar’s emerging status as a cult classic. Doing so with this Kickstarter campaign will allow us to actively respond to the demands of readers like you. Our initial goal of $4,600 will allot for approximately $2,600 in printer’s fees, $1,000 in artists fees, $500 for shipping, and $500 for Kickstarter’s fees. Hitting our stretch goal of $5,500 will allow us to double our run of 100 to 200 trade paperbacks. Further stretch goals to be announced in detail if the time comes.

We should stress that this edition will contain a shining new 8,500 words of original fiction directly relating to the events in Altar that you won’t find anywhere else. Fracassi fans in general (and fans of Altar in particular) don’t want to miss out on this!

This Silent Motorist Media hardback edition of Altar is available for $100 plus shipping as a tier to this campaign. The first 25 limited paperbacks will be discounted to $25 under the special tier marked “discount.” The other 75 will be available at normal price. But don’t stop there. We encourage you to look around; there’s a variety of exciting items for dedicated fans and collectors of Fracassi’s work, including remarqued hardback editions of Altar by François Vaillancourt, and copies of Behold the Void remarked by Dave Dick, who did nine illustrations for Fracassi’s celebrated collection.

“Fracassi has the ability to inject dread into the familiar and everyday, ratcheting the tension to reach absolute horror. Profoundly disturbing.” – Christopher Slatsky

Please note that this is an all-or-nothing campaign. Any project proposed as an initial or a stretch goal will not be revisited outside of this campaign. We thank you heartily for your support!